Ubuntu MATE 16.04 has working Bluetooth and Wifi work on the Raspberry Pi 3

We spoke to Les Pounder about Picademy on Episode #5

John Cole is the founder and CEO of Dexter Industries 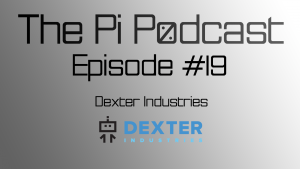