AppGameKit for Raspberry Pi – It’s FREE!  This was used for the three games provided for free in February

BBC Micro:bit computer now available to all for £13

Sonia Uppal is a She++ fellow and creator of the Pi à la Code project. 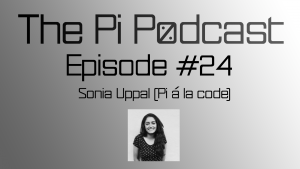