Looks like Skycademy is doing well and having fun

Mycroft –  Jono Bacon previously of Canonical and now with the X-Prize  has done a video to promote it.

We spoke to Michael Horne and Tim Richardson run the annual Pi Wars – a challenge-based robotics competition in which Raspberry Pi-controlled robots are created by teams and then compete in various challenges to earn points and win prizes. 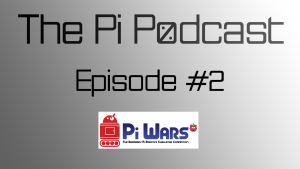