CentOS 7 released for the Raspberry Pi 2

Light Painting with the Pi 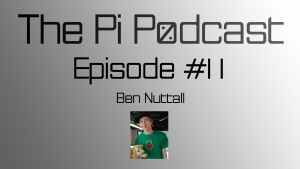