The MagPi is officially being printed and available at select stores

We spoke to Martin Wimpress who is the lead developer of Ubuntu MATE. He joins us to talk about a serious alternative to Raspbian as a fully fledged desktop operating system for the Raspberry Pi 2. You can download the image for the Pi 2 it here. During the interview Albert mentioned a video from the Cambridge Raspberry Jam. 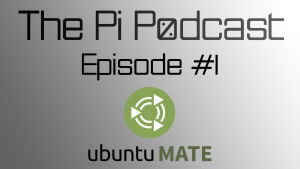